For much of its existence in the North American market, Buick has been marketed as a premium automobile brand, selling luxury vehicles positioned above GM’s mainstream brands.  Buick retains the distinction of being the oldest active American marque of automobiles.

Buick had a considerable number of leases on their vehicles, with less than six months remaining.  Its intelligence told them that many of these lessees were in danger of moving to another vehicle at the end of their term.

The company wanted to create a practical gift that could be sent to each lessee to both thank them for their business and encourage them to renew with the Buick brand.

On the flash memory would be stored information and specifications of the new vehicle line-up, as well as financing packages available.  The charger elements would be sufficient to provide a full charge to their mobile device.  Furthermore, each PowerStick+ would be sent in a customized sleeve directly to each individual Buick owner. 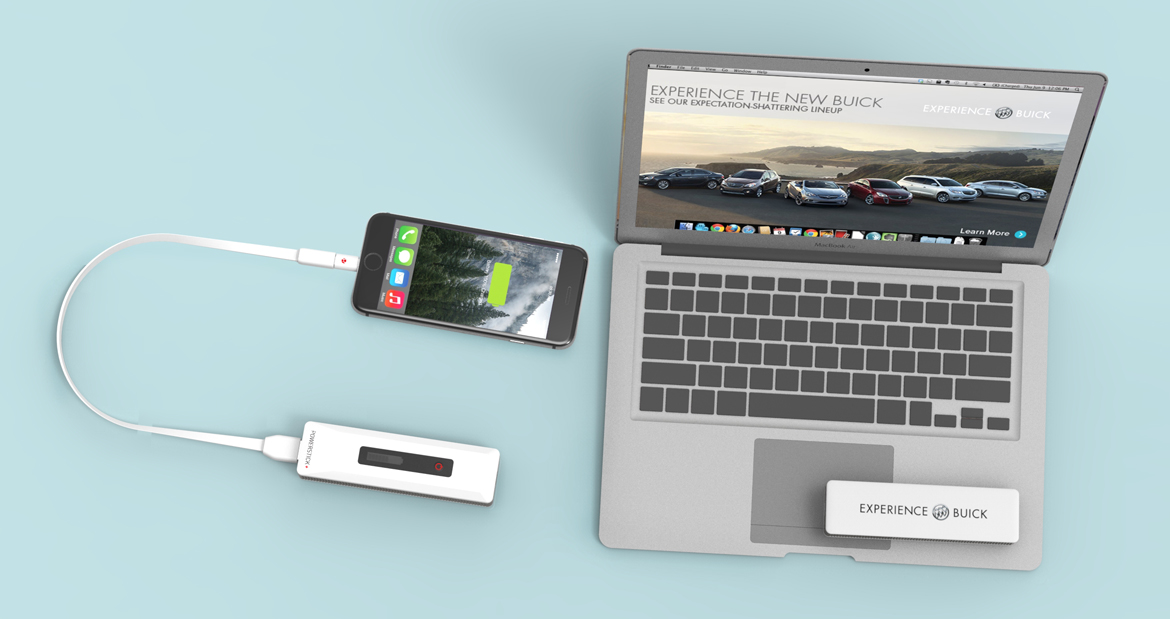 Buick was thrilled with the solution proposed and PowerStick drop-shipped 4,000 of their PowerStick+ products to GM leaseholders. 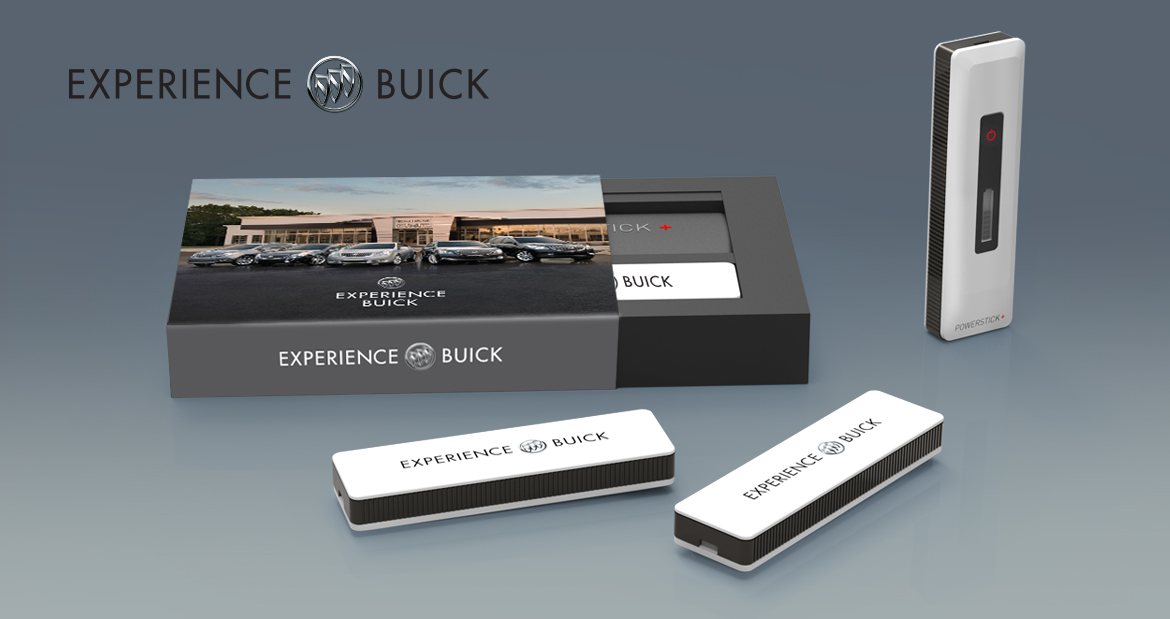